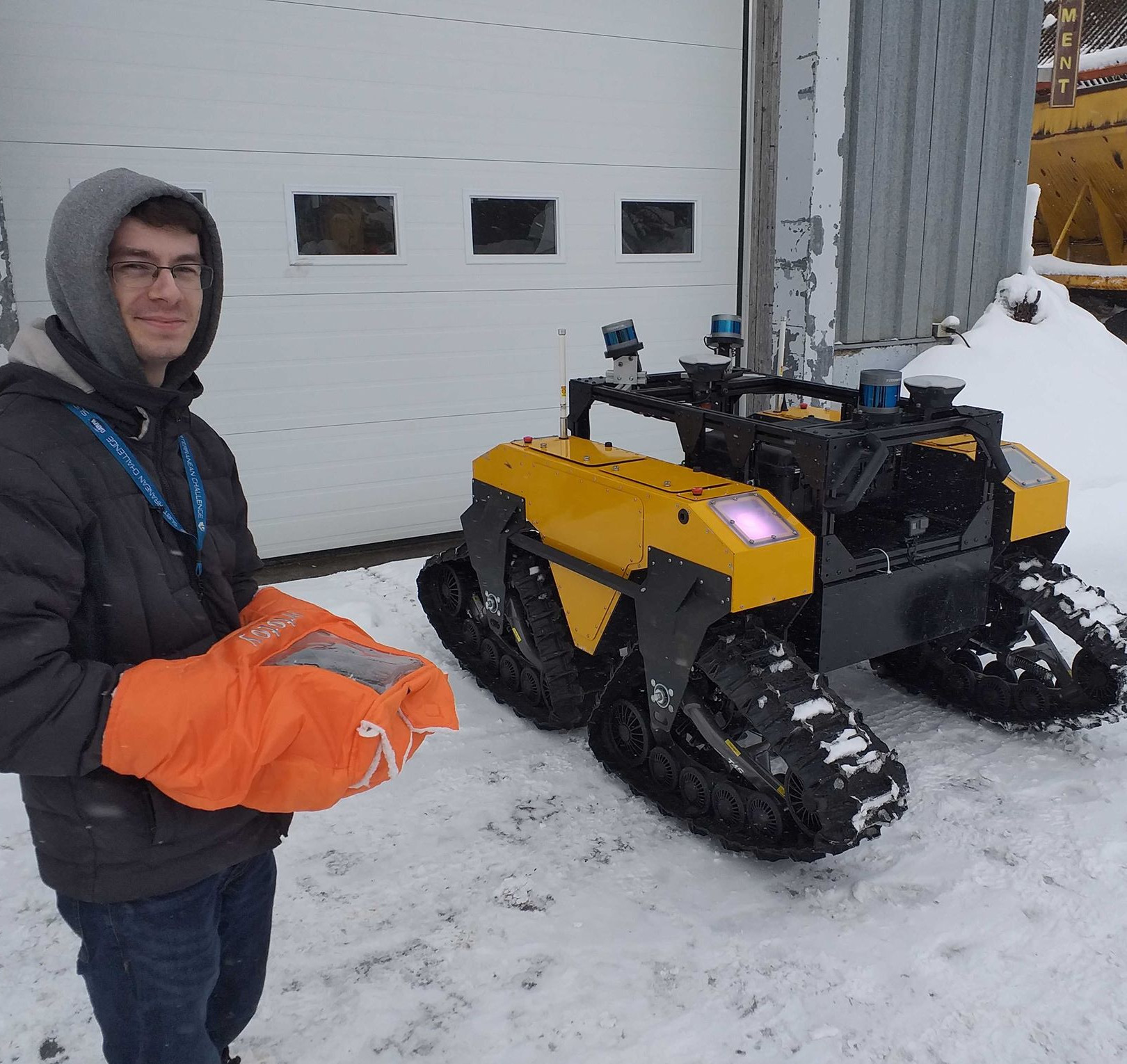 Simon-Pierre Deschênes is a PhD student at Norlab, under the supervision of Pr. François Pomerleau. After his internship in the laboratory in summer 2018 as part of his bachelor’s degree, Simon-Pierre was captivated by 3D mapping and decided to continue his graduate studies in this field. His research project is part of the SNOW project and focuses on 3D localization and mapping in harsh winter conditions using the ICP algorithm. The participation of the different project members allowed them to meet and even go beyond the first milestone objectives. Here is a demonstration of the system that has been implemented in the scope of the project:

At last, Simon-Pierre has participated in several other projects since his arrival in the laboratory, including the 2019 christmas video of Norlab, which he directed: