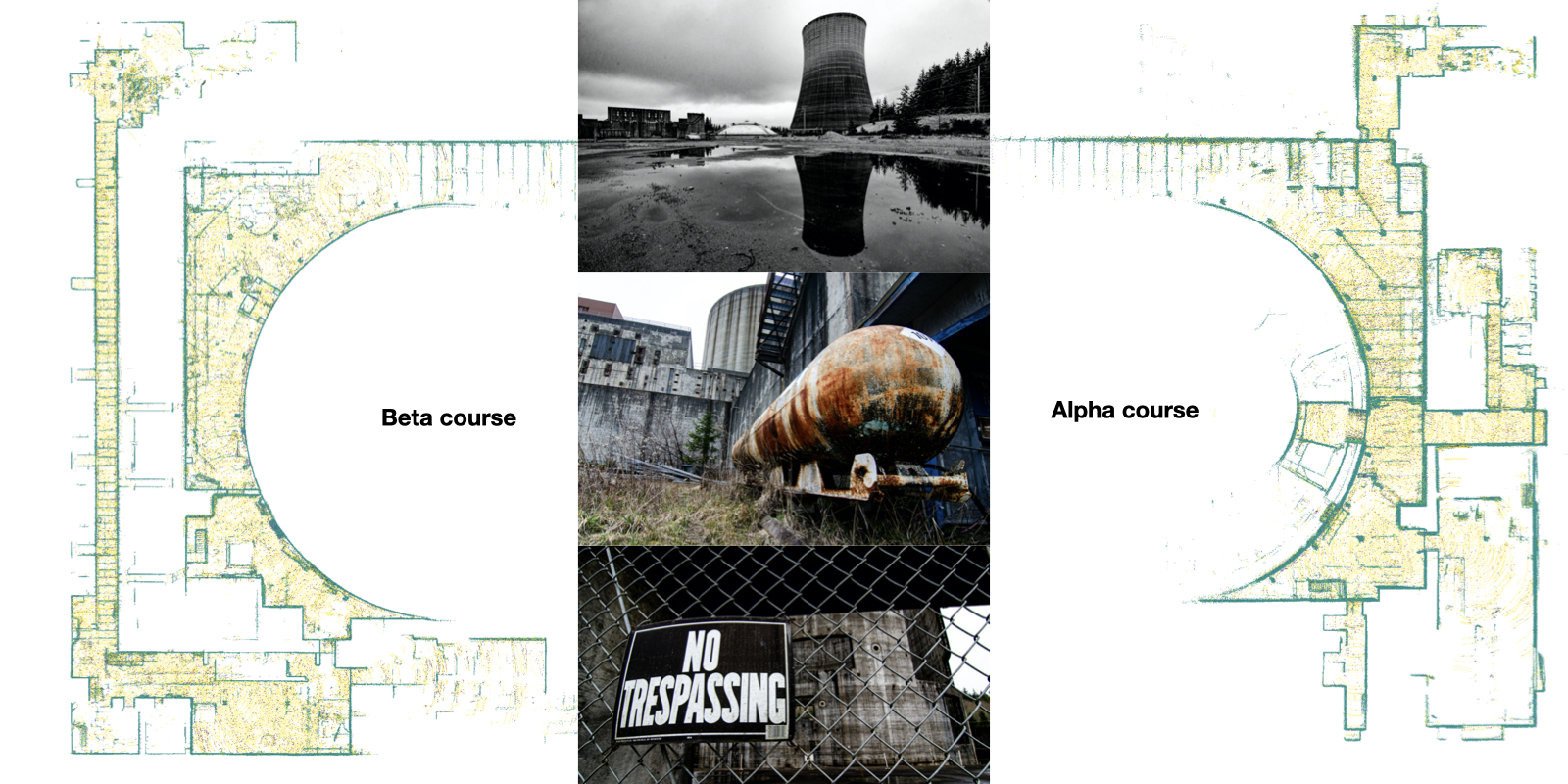 DARPA - Subterranean Challenge (DARPA-SubT) is an international robotics competition focusing on autonomy, perception, networking, mobility technologies, and mapping underground areas in unpredictable conditions. This challenge connects the best researchers and teams to push the boundaries of what is possible in the field of mobile robotics. This competition consists of four circuits: tunnel systems, urban underground, cave networks and a combination of all of these together. It is also divided into the System track and the Virtual track and intended for both DARPA-funded and self-funded teams.

Norlab competed in the System track of the urban circuit as a member of the CTU-CRAS-NORLAB team with the Center for Robotics and Autonomous Systems (CRAS) from the Czech Technical University (CTU). Our researches could participate in the competition with a Husky robot thanks to generous funding by General Dynamics Land Systems – Canada. Together with the wheeled Husky robot, three tracked Absolem robots, three hexapod robots and two multi-rotor drones were deployed in the competition. 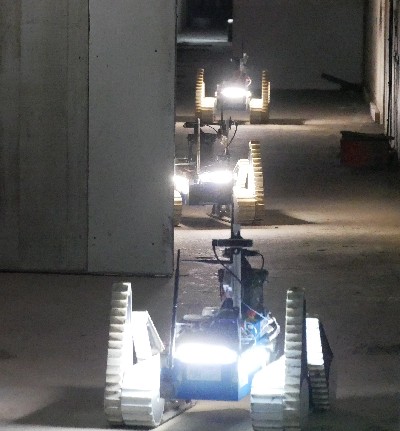 The System track consisted of two courses, the Alpha Course and the Beta Course, each of them would be attempted twice. They were both situated in the underground of an unfinished nuclear plant close to Elma, Washington, in the United States. In every course, there were 20 hidden artifacts to be found by the robots in less than sixty minutes. The artifacts consisted of manikins (heated and wearing reflective jackets and hats), red backpacks, working cell phones (video, Wi-Fi, and Bluetooth), CO2 gas and air vents. The position of the artifacts would change between the two possible attempts. The goal was to detect and localize as many artifacts as possible.

Our team deployed a combination of robots with different types of locomotion to be prepared for various obstacles expected in the man-made underground. The core of the robotic team consisted of three tracked robots that were able to navigate stairs and therefore explore multiple floors. Norlab provided a Husky robot allowing fast exploration on a single floor. Finally, drones and walking hexapods extended the reach of our team by either flying further (drones) or carrying radio modules (hexapods) extending the communication range. Our team chose lidars to be its primary mean of mapping and localization which also went well with the research focus of Norlab. Together with the thorough preparation of the artifact detectors on the Czech side and intensive testing, we were able to accurately localize artifacts the robots encountered. Motivated by the performance of the winning team, we now focus on improving the speed of exploration through better cooperation between the robots and higher autonomy.

During this exciting competition, we also managed to make a few interesting stunts. One of them being the tracked Absolem robot running over and partially crushing the plastic hexapod robot. Another exciting stunt was overturning the Absolem robot on its back while climbing stairs. Also, we broke several drones, and in the end, one burned. Despite all these hardships, the team managed to score 10 points and took an amazing first place as a self-funded team and a third place among all teams. 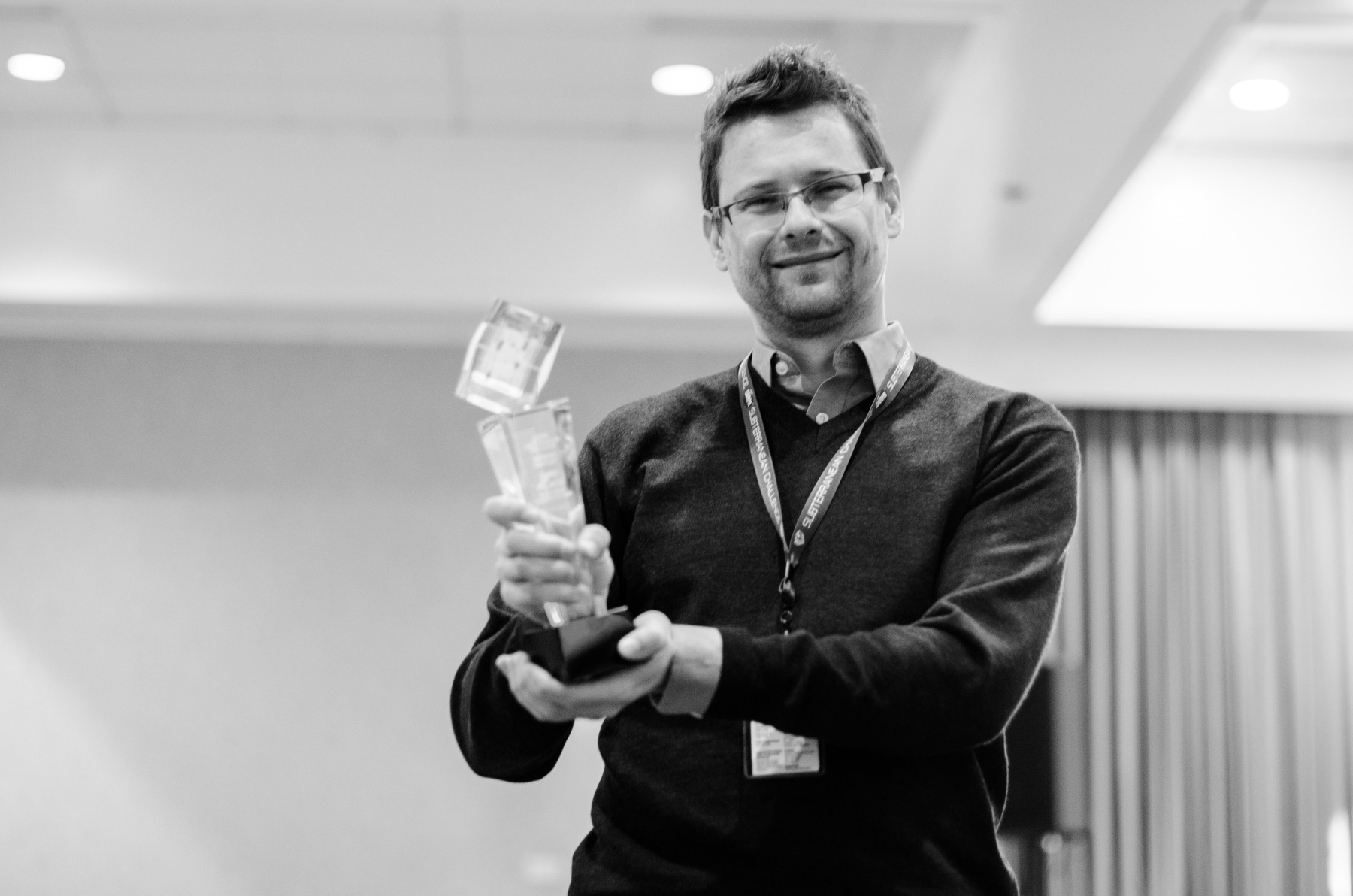