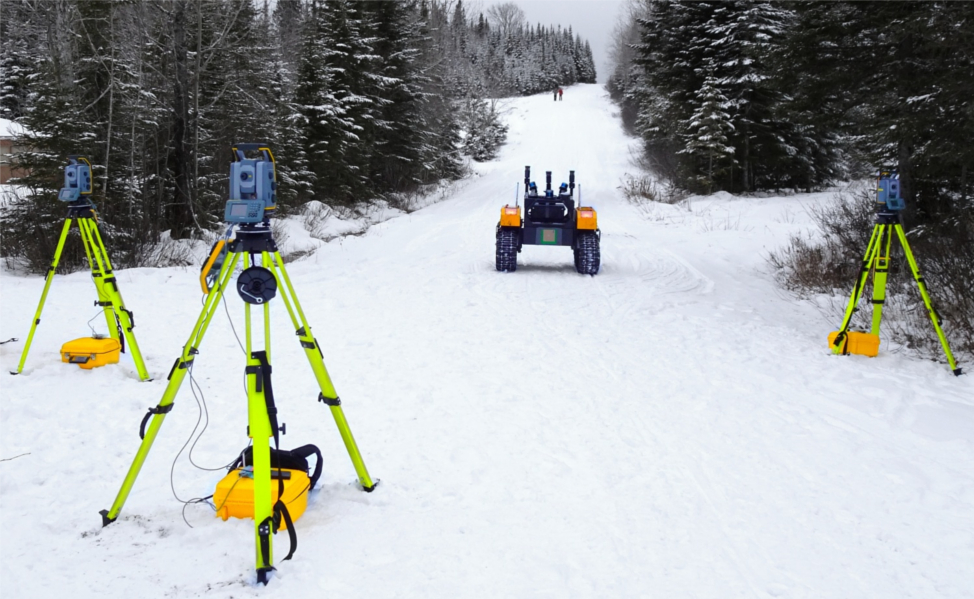 In robotics, accurate ground-truth position fostered the development of mapping and localization algorithms through creation of cornerstone datasets. In outdoor environments and over long distance, total stations are the most accurate and precise measurement instruments for this purpose. Most total station- based systems in the literature are limited to three Degrees Of Freedoms (DOFs), due to the use of a single-prism tracking ap- proach. In this paper, we present preliminary work on measuring a full pose of a vehicle, bringing the referencing system to six DOFs. Three total stations are used to track in real time three prisms attached to a target platform. We describe the structure of the referencing system and the protocol for acquiring the ground truth with it. We evaluated its precision in a variety of different outdoor environments, ranging from open-sky to forest trails, and compare it with another popular source of reference position, the Real Time Kinematics (RTK) positioning solution. Results show that our approach is the most precise one, reaching an average positional error of 10 mm and 0.6 deg. This difference in performance was particularly stark in environments where Global Navigation Satellite System (GNSS) signals can be weaker due to overreaching vegetation.

To ground the performance of the total station referencing system to a commonly-known alternative, we compared it to the RTK solution. The satellite localization performed well in open areas, but a decreased in accuracy can be observed when portions of the sky view were obstructed by vegetation. To this effect, we have recorded the RTK positioning data during two experiments: one in the quarry and another one in the forest. Similarly to using the inter-prism distance to estimate the total station localization precision, we rely on the measured distance between the GNSS receivers to estimate their precision.

In the top figure, we compare the precision of the corrected RTK localization and our total station referencing system in the quarry. In this environment and with the robot moving, the precision is equivalent as shown on the histogram.

In a more difficult scenario, the bottom figure shows portions of the forest experiment, where the robot was in reach of all three total stations. From the beginning until the mark of 200 s and in the reminder of the experiment (right plot), the GNSS signals are significantly attenuated by the trees growing on both sides of the trail. During this part, the GNSS precision drops drastically, hovering around 1.6 m. From the mark 200 s, the sky view opens and the GNSS achieves its nominal precision again. On the other hand, the average precision of the total station reference is 7.0 mm as long as the robot lies in the field of view of the total stations. 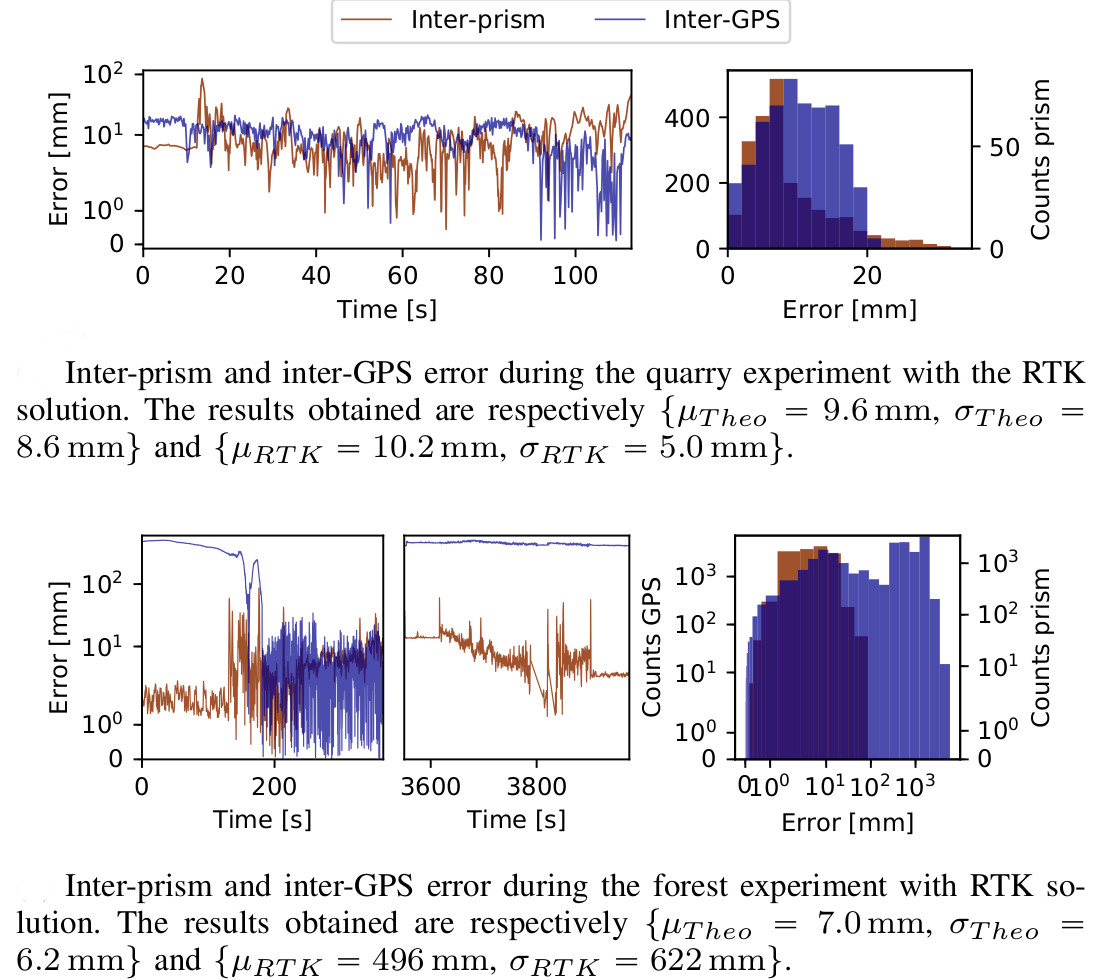 These two experiments show that the proposed total station setup has an equivalent accuracy and precision compared to the RTK solution in an open area. However, our solution is significantly better in an obstructed environment such as a forest, where the GNSS signal is weaker because of the vegetation. Our setup can thus be used as a source of precise ground truth in both environment.