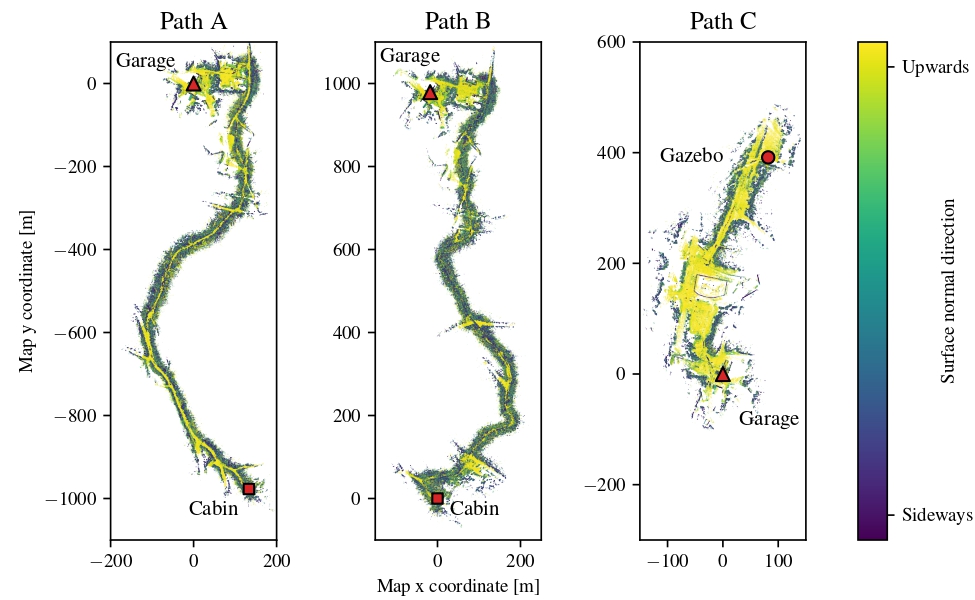 Challenges inherent to autonomous wintertime navigation in forests include lack of reliable a Global Navigation Satellite System (GNSS) signal, low feature contrast, high illumination variations and changing environment. This type of off-road environment is an extreme case of situations au- tonomous cars could encounter in northern regions. Thus, it is important to understand the impact of this harsh environment on autonomous navigation systems. To this end, we present a field re- port analyzing teach-and-repeat navigation in a subarctic forest while subject to large variations of meteorological conditions. First, we describe the system, which relies on point cloud registration to localize a mobile robot through a boreal forest, while simultaneously building a map. We exper- imentally evaluate this system in over 18.8 km of autonomous navigation in the teach-and-repeat mode. Over 14 repeat runs, only four manual interventions were required, three of which were due to localization failure and another one caused by battery power outage. We show that dense vegetation perturbs the GNSS signal, rendering it unsuitable for navigation in forest trails. Further- more, we highlight the increased uncertainty related to localizing using point cloud registration in forest trails. We demonstrate that it is not snow precipitation, but snow accumulation, that affects our system’s ability to localize within the environment. Finally, we expose some challenges and lessons learned from our field campaign to support better experimental work in winter conditions

Link to the paper